is your family a pro-vaccine family? 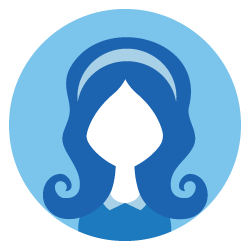 My family is a pro-vaccine family. We believe that the doctors know how to do their jobs better than we do and that if they think that the kids are better protected against these diseases and illnesses if they are vaccinated that the best thing to do is to vaccinate the kids. If you are unsure of the benefits of vaccinating your kids, take some time to read through the articles posted here on my blog. You will find articles showing the pros, as well as some listing the cons of vaccinating kids. Hopefully when you come to the end, you will know what your family's beliefs about vaccination are.

Rheumatoid arthritis (RA) is a chronic disease where the immune system causes immune cells to attack synovial joints. The main medications used to help reduce disease activity and potentially slow disease progression are the base of any treatment plan for moderate-to-severe RA.

DMARDs, or disease-modifying antirheumatic drugs, are a class of medications each with its own method of targeting the immune system. Some older medications in this class are rarely (if ever) used, such as gold injections. The most commonly used DMARDs are methotrexate, leflunomide, sulfasalazine, and hydroxychloroquine. In most instances of moderate-to-severe disease, these medications are used in combination with each other to decrease disease activity. Some of the DMARDs cause apoptosis of inflammatory cells. Apoptosis is "programmed cell death." Inflammatory cells, like other cells in the body, essentially self-destruct. Encouraging inflammatory cells to self-destruct prematurely prevents them from attacking the joints. Some DMARDs also work through various processes to hinder the immune system by inhibiting purine metabolism and pyrimidine.

DMARDs can have some effect on tumor necrosis factor, TNF, but specific classes of biologics only affect this part of the immune system. TNF is part of the immune response, which is not only seen in autoimmune diseases but the immune response in relation to viruses and bacteria. Inflamed joints from RA are found to have high concentrations of TNF. Inhibiting the response of TNF to joints and soft tissues can reduce the damage caused by the immune system, especially reducing instances of joint erosions. TNF inhibitors are commonly paired with methotrexate since it has a synergistic effect on RA. Since some TNF inhibitors are older, they are available as a generic in the form of a biosimilar.

When someone develops RA, it is common to try different medicines and combinations of medicines before finding the right treatment that helps reduce symptoms. All major treatments for RA involve suppressing parts of the immune system to reduce disease activity.

For more information, contact a professional for arthritis treatment today.